Our Users Asked: Is Our Sleep Impacted By COVID-19?

“Sleep is the golden chain that ties health and our bodies together.”
-Thomas Dekker, English dramatist

The EVŌ team first tackled the analysis of how the global pandemic immediately changed our activity and exercise habits in March, and in the last 6 weeks we’ve seen an uptick towards a new normal for activity. Our users asked us how sleep is being impacted. We know we’re sleeping, but how well?

Are We Snoozing On Getting Enough Sleep?

Our first analysis of EVŌ users from February 2020 through April 2020 didn’t see much of a change from month-to-month:

While reviewing this data I audibly said, “huh” because my intuition was that we’d most certainly see an overall change in Average Total Sleep. I know I personally felt tired a lot more lately, so we dug into the data to see if there is a more visible change by gender and age cohorts. This week we’re focusing on sleep impacts by gender. 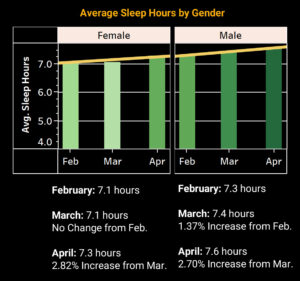 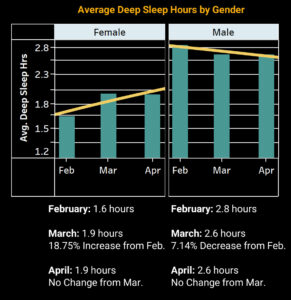 Sleep As A Healer

Insomnia, night terrors, vivid dreams, and sleep that doesn’t feel restful is being reported by many users right now. When I was younger I would have terrible night terrors. My mom would remind me that sleep is our body’s way of healing and our brain’s way of dealing with the stressors in life that we refuse to deal with while awake. We go through each day rinsing and repeating: wake up, work, kids, eat, exercise, news, tv, sleep – repeat. When something upsetting disrupts this predictable cadence we’ve now settled into, it’s easy to push it down and not think about it. However, our brain is trying to make sense of it all while we take the time to sleep. Take time to make sleep a priority – You’re a priority! 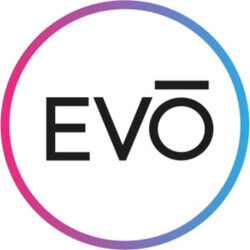